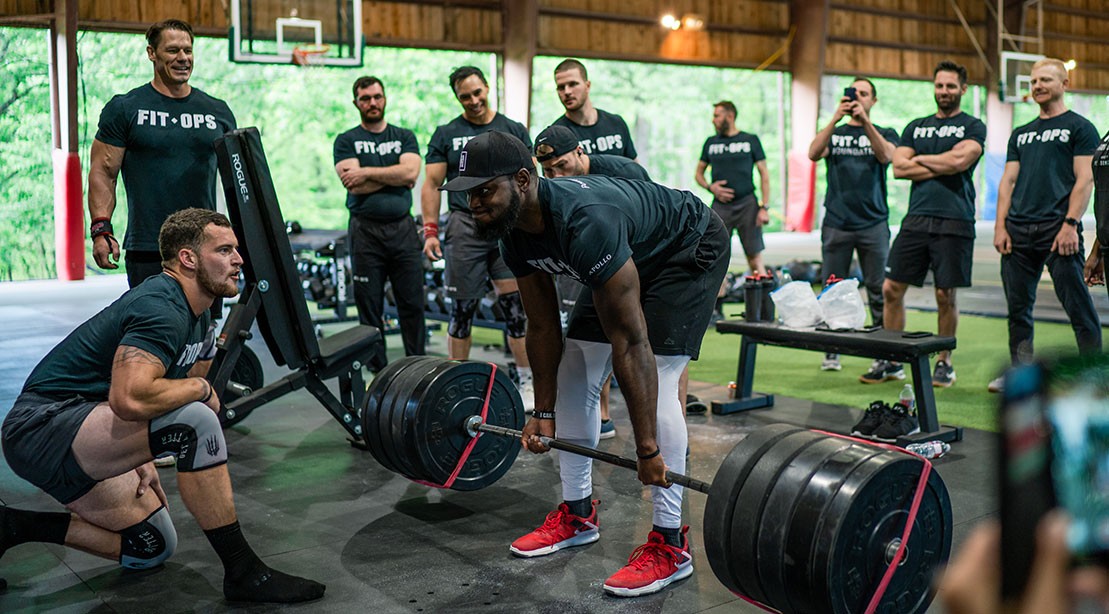 It’s a sobering statistic: approximately 20 military veterans commit suicide every day. The FitOps Foundation was founded by veteran Matt Hesse– who is also the Founder & CEO of Performix– to bring that number down to zero and offer veterans struggling with depression, substance abuse, and PTSD a place to heal and find community and purpose through fitness. The foundation builds on the discipline and leadership skills combat veterans receive to train them to become Certified Veteran Fitness Operatives (CVFOs). With this certification, they can start on new paths as trainers, mentors, and members of the FitOps family.

WWE and Hollywood film star John Cena is a proud partner and ambassador of FitOps. That’s why he has agreed to match every donation made between now and Veteran’s Day (November 11) up to $1 million. But that’s not all! Cena has felt the impact of being on-site and training with these veterans at FitOps camp; and now, you have a chance to attend camp and feel that impact as well. Anyone who donates through January 31, 2020 will automatically receive one entry for a chance to work out with John Cena at the next FitOps camp.

DONATE NOW AND ENTER FOR A CHANCE TO MEET JOHN CENA >>

No purchase or donation necessary. Open to legal residents of the 50 United States, Puerto Rico and the District of Columbia, who are the age of majority in their state/territory of residence. Void where prohibited. Sweepstakes ends 1/31/20. The FitOps Foundation Sweepstakes is sponsored by FitOps Foundation. *For Official Rules, click here.